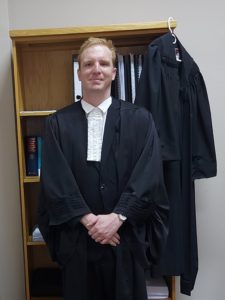 My name is Phillip Robert Scott Dix an Advocate at the KwaZulu-Natal Bar.

I commenced my schooling at Glenwood in 2005, following in the footsteps of my Grandfather Eric Kietzmann (1947 – 1948 and who then later worked at Glenwood as an electrician, driver and handyman from 1989 until his death in 1995) and his brother, my Great Uncle Gerald Kietzmann (1952 – 1955).

I matriculated in 2009 and whilst at school, I played 2nd team Water polo and was the B-Team swimming captain. I also won the Warren Clewlow award for Perseverance at the annual prize giving.

After matriculating, I obtained my LLB Degree from Unisa (through Varsity College) in 2014 and commenced Articles shortly thereafter. I was then admitted as an attorney in December 2016.

I practiced as an attorney for a period of three years before commencing Pupillage in January 2020 (a one-year intensive course) to become an Advocate.

After completing the course which consisted of both practical and theoretical work, including five exams one of which is eight hours, I was admitted to practice as an Advocate on the 2nd of December 2020.

To end off, I say to any of the boys (current or old) reading this you are part of a band of brothers which Glenwood instils in us all and lastly, that what you put in is what you get out. Through hard work and perseverance, you can achieve whatever you want in life.

The future is yours……. OGA. 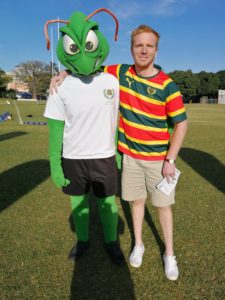